As International Women’s Month draws to a close, we highlight two more female artists whose work demonstrates a conceptual link to our theme this year of conflict and integration. Ana Mendieta and Kara Walker both deal with similar themes of race, gender, violence, contrast and the paradoxical within their practice. As women of colour who grew up during (and continued to make artwork following) the second wave feminist era of the 1960’s-80’s, their practice is reflective of the sheer endurance that women displayed during this time and beyond. Ana Mendieta was a Cuban-born artist who relocated to America as an asylum seeker during the Cuban revolution at an early age. Mendieta was heavily driven to create artwork that shed light on the suffering of the female body. Early works such as ‘Untitled (Glass on Body Imprints)’ invoke a sense of twisted identity, where Mendieta would physically obscure her face through photography. As Mendieta’s work evolved, she began obscuring her identity even further to explore the realms of suffering and displacement. This resulted in removing her face and physical body from her artwork altogether. Mendieta’s ‘Silueta Series’ is reflective of this approach, of which she worked on over a period of 7 years between 1973 and 1980. 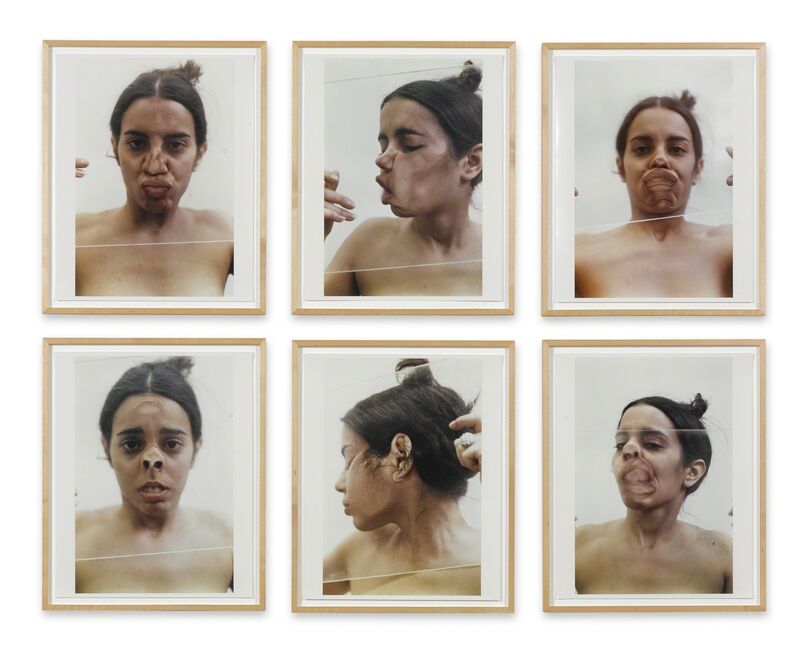 The ‘Silueta Series’ comprised staged performances where Mendieta would lay on the floor in nature’s landscapes, sometimes covering her body in organic materials. Mendieta also created physical outlines of her body using mud, sand, and other matter. She would do this by laying down long enough to create a trace, or physical marks by sculpting the materials, and then removing her body. Mendieta would then document the resulting imprints or silhouettes to form the ‘Silueta Series’. The outline of her body suggests its absence, whilst the use of organic materials and landscapes connotes an attempt at reconnecting with the earth in place of her homeland. It is said that these performances ‘recall Mendieta’s experience as an exile who was separated from her homeland at a young age’. New York-based artist Kara Walker is best known for her cut-paper silhouette installations which investigate notions of race, gender, violence and sexuality. She has also created many painting and drawing works, as well as large-scale sculptures and installations that aim to demonstrate the extensive conflicts within America’s history. Walker’s work is poetic in its appearance, with the use of silhouetted images demonstrating an overlap between memory, presence and history. It could be suggested that this process also relates to a historic use of shadows as a storytelling tool.

Kara Walker (2004) Grub for Sharks: A Concession to the Negro Populace; Image: tate.org.uk

Identity in relation to history, both personal and collective, is the fundamental underpinning to Walker’s work. Each artwork is monumental and pertinent to the most honest depiction of her ancestors’ past; notwithstanding her current reality. Walker’s decision to alternate between the paradoxical use of bold cut-out silhouettes, in comparison to more subtle and fluid painting works invokes the prominence of conflicts within both the past and present time. Her artistic style fluctuates between large-scale and incredibly bold, to intimate and subtle in its aesthetic appearance.

Walker’s practice divulges the importance of art as a visual language for sharing, educating and creating meaningful space for salient conversations to take place. On her work, Walker explains: “I wanted to make work where the viewer wouldn’t walk away; where they would either giggle nervously, get pulled into history, into fiction, into something totally demeaning and possibly very beautiful.”